We are halfway through a contract for E Manton Construction at Birmingham Queen Elizabeth Hospital.
The brief was to remove 100's of metres of old cast iron soil pipes and replace with new cast soil pipes..... due to the location of the soil pipes .... it was either scaffold the building or use the more cost effective method of Rope Access 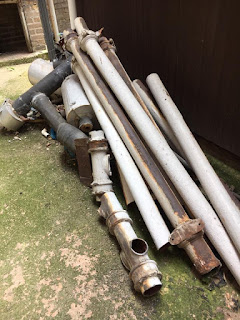 We have had to use innovative hauling systems to get both horizontal and vertical old pipes down and new pipes in before fixing. 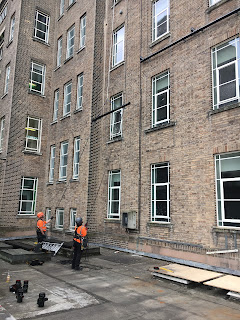 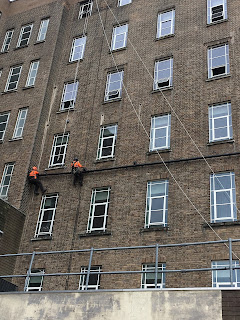 We have now completed installation of one elevation to The QE - horizontal and vertical cast soil pipes have been installed - we still have another ground to roof cast stack to install, two Vulcathene pipes to install and more old cast pipes to remove. 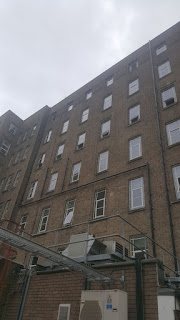